Tribute to a Hero

It has been nearly 20 years since the immesurably kvlt underground Norwegian movement The Black Circle collapsed. With the collapse of the Norwegian scene, the French Les Légions Noires inherited the the Crown of Evil, but eventually, they too succumbed to the sickening daylight that threatens us all.

Now, there are no movements to be reckoned with. No undeground scene to terrorize the mindless insects that contaminates the world with their mediocrity. No circle of fiends to continue the Dark War.

But there is still hope (In a dark, misanthropic and kvlt way)! For there are still Warriors of Darkness out there continuing the unholy crusade. Recently, acts of terror has been committed against the Judeo-Christian plague that contaminates Norway. Unholy warriors refusing to kneel before the tyranny of lihjy.
And it is to one of these Warriors, that I dedicate this entry to: 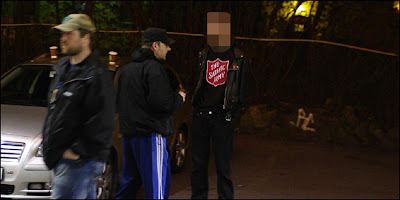 This is the only known picture of a proud kvltist who has terorized Christians and Jews alike for several years. He is here seen being apprehended by the police after vandalizing a church and assaulting a security guard.

His activities date as far back as 2001 when he attempted to burn down a church. Since then he has started additional churchfires, vandalized churches and desecrated graves. He was recently arrested for yet another attack at his (Presumably) local church, and threatened the police with a machete when they attempted to apprehend him. 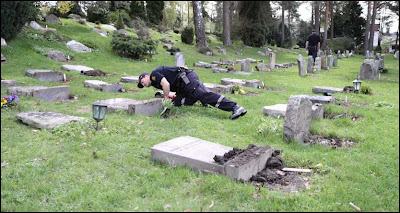 34 graves in one night! The Christian scum are pissing themselve in fear of this Satanic Juggernaut!
Each time he has appeared in court, he has declared himself a proud servant of darkness, and a loyal subject of Satan. This man has no fear, no remorse, and no mercy has he continues to fight the Dark War.

I thank you, nameless warrior, for continuing to spread blasphemy and terror into the hearts of the weakling maggots of society! 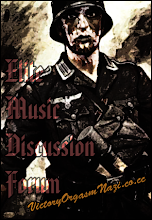